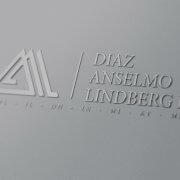 Last month the Third DCA reversed the lower court’s dismissal of a foreclosure action filed by HSBC Bank USA, National Association (“HSBC” or “the Bank”) against the borrowers and a subsequent title holder, Florida Kalanit 770 LLC (“Florida Kalanit”). HSBC Bank v. HSBC Bank USA, Nat’l Ass’n v. Florida Kalanit. HSBC filed a two-count complaint for foreclosure and to reestablish the lost note. To support its claim HSBC filed two affidavits, one from its prior servicer, Bank of America (“BOA”), and one from its current servicer, Select Portfolio Servicing. The Bank also filed an assignment of the note and mortgage from the loan originator to HSBC. The assignment reflected the originator transferred both the note and mortgage to HSBC prior to HSBC instituting the foreclosure action.

The matter proceeded to a non-jury trial where the Bank relied on § 673.3091, Florida Statutes, to establish its standing to enforce the lost note. Section 673.3091 provides:

“… an entity not in possession of the original note can still enforce it if the entity can prove the following: (1) The bank was entitled to enforce the note when it was lost, (2) loss of possession was not the result of a transfer or lawful seizure, and (3) the bank cannot reasonably obtain possession of the note.”

After HSBC presented its case, Kalanit moved for an involuntary dismissal arguing the chain of assignment from the originator to HSBC was broken based on language in BOA’s affidavit. The pertinent provision in the affidavit read:

“5. [Bank of America] first acquired possession of the Note on or before January 5, 2007, as the custodian of the Note, and the note holder was accordingly entitled to enforce the Note when loss of possession occurred.”

Kalanit interpreted this provision to mean that BOA was an intervening holder of the note and therefore must be accounted for in the chain of assignment. The lower court agreed and dismissed HSBC’s case for lack of standing. HSBC appealed.

The Third DCA disagreed with the lower court’s conclusion that the affidavit described BOA as the holder of the note. The Court explained that “a straightforward reading of the affidavit” clearly identified BOA as the servicing agent and custodian of the note and that the note holder, HSBC, was a “separate entity.” The Court concluded HSBC’s supporting affidavits and the assignment of the note and mortgage “conclusively showed that HSBC was entitled to enforce the lost Note.” The Third DCA remanded a matter to the circuit court with instructions to enter a final judgment in the Bank’s favor noting Kalanit had conceded all other elements of HSBC’s claim.

[i] All citations and references to this case are at pages *1-*3 of the decision.