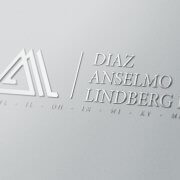 In the last couple years, Florida DCAs have issued a series of opinions in foreclosure cases that addressed standing issues arising from irregular, incomplete or anomalous indorsements on notes. In this article we will discuss some of those cases and the current state of the law as it pertains to standing derived from a foreclosing bank holding[i] the original note. Roif v. JP Morgan Chase Bank; PennyMac Corp. v. Frost; Buckingham v. Bank of Am., N.A.; U.S. Bank Nat’l Ass’n v. Becker.

This term “holder” is legally significant and means more than just physically possessing the note. As the Court noted in the Becker opinion, to be a “holder” of a note in a legal context “the instrument must be payable to the person in possession or indorsed in blank” and the holder must “prove that it was in physical possession of the [properly endorsed] note at the time it filed suit.” Becker, 211 So. 3d at 144.

The most recent opinion addressing the issue is Roif where the Third DCA affirmed JP Morgan Chase Bank’s (“Chase”) final judgment of foreclosure despite an “X” appearing over the blank indorsement[ii] on the original note. In Roif, Washington Mutual Bank (“WAMU”) originated the loan. When WAMU went defunct, the FDIC[iii] was appointed as receiver to manage and distribute WAMU’s assets.[iv] In that role, the FDIC transferred the Roif note and mortgage to Chase.[v] Ostensibly, there were no intervening transfers or assignments, so the note went from the originator to the FDIC and then to Chase.[vi]

The defendants argued Chase’s evidence of standing was insufficient because the “X” invalidated the indorsement and the bank’s holder status. The Third DCA disagreed. The Court noted that Chase’s witness testified “without contradiction, that the Bank [Chase] maintained the exclusive right to enforce the note, and the business records contained no evidence of ‘revocation of the assignment’.” The Court concluded the “partially obscured indorsement” did not nullify Chase’s holder status given the aforementioned testimony, the physical note, the note certification, and the bailee letter[vii], all of which Chase successfully proffered into evidence.  In Roif, the Third DCA affirmed the bank’s foreclosure judgment.

The Fourth DCA reached the opposite conclusion in Frost despite similar facts. Again WAMU originated the loan and the bank presented evidence that it possessed the blankly endorsed note prior to initiating foreclosure. Instead of an “X” over the blank indorsement “it was marked ‘VOID.’” Additionally, unlike Roif where the note and mortgage went from WAMU to the FDIC and then to Chase (the foreclosing plaintiff), in Frost the note went from WAMU to the FDIC to Chase to PennyMac Corporation (the foreclosing plaintiff). Due to the transfer from Chase to PennyMac, in addition to the voided WAMU indorsement, the note in Frost also included an allonge with a blank indorsement by “…Chase Bank…successor in interest by purchase from the FDIC as Receiver of [WAMU]…”

Ostensibly, the original endorsed note was the only evidence PennyMac proffered at trial to support its standing to foreclose; the Court did not reference or discuss any witness testimony or other documentary evidence. The borrower moved to dismiss arguing PennyMac failed to show how Chase “had the right to enforce the note at the time…[it] transferred the note to PennyMac.” The trial court agreed and the Fourth DCA affirmed finding the bank “failed to present competent substantial evidence of its standing to enforce the note.”

The DCA reasoned that the “VOID” stamp over WAMU’s blank indorsement rendered that indorsement void which in turn rendered Chase’s indorsement anomalous. The Court explained that an anomalous indorsement is one “made by a person who is not the holder of the note…” The Court reasoned Chase could not be a holder because it was not in possession of a negotiated instrument nor could PennyMac be a holder since its rights derived from Chase. The Court concluded Chase and PennyMac were “at best non-holder[s] in possession of the note with rights of a holder.” The Fourth DCA went on to explain a non-holder “must prove the chain of transfers starting with the first holder” and PennyMac failed to present such evidence. The Court in Frost reversed the foreclosure judgment and remanded for an order of dismissal.

The bank’s failure to offer sufficient evidence of standing also resulted in dismissal in Buckingham, a Second DCA case. There, Bank of America (“BOA”) initiated foreclosure proceedings by filing a complaint verified by its subservicer, Ocwen. BOA proffered the original note, executed in favor of Mortgagease, Inc., into evidence. The note included an allonge with an indorsement by the originator to ABN AMRO Mortgage Group (“ABN”), an indorsement by ABN to LaSalle Bank and a blank indorsement by BOA as “[s]uccessor by merger to LaSalle Bank, N.A.” BOA failed to present any evidence that LaSalle Bank merged with BOA or that any such merger resulted in BOA’s acquisition of all of LaSalle Bank’s assets.  Based on this lack of evidence the Second DCA identified BOA’s blank indorsement as an anomalous indorsement and concluded BOA failed to prove it was the holder of the note. The Court added that BOA also failed to prove Ocwen was the subservicer for the Buckingham loan and therefore the record lacked evidence that Ocwen was authorized to initiate the foreclosure on behalf of BOA. Based on the insufficiency of BOA’s evidence of standing, the Second DCA reversed the foreclosure judgment in Buckingham and entered an order of dismissal.

Without discussing or even mentioning the lack of evidentiary support to establish Countrywide Bank’s agency relationship with Ocwen or Countrywide’s authority to endorse the note on Ocwen’s behalf, the Fourth DCA concluded Ocwen had standing as holder of the note by virtue of the blank endorsement. Additionally, the Court found witness testimony that Ocwen Federal Bank was never the owner or holder of the note sufficient to explain away the anomalous endorsement. The Court noted:

Here, the allonge purported to be from Ocwen Federal Bank, an entity which had no obvious link to the note—it was not the original lender, and the note was not specially indorsed in its favor. Further, the Bank introduced evidence establishing the chain of transfers beginning with the original lender and ending with the Bank. The chain of transfers was complete and did not include Ocwen Federal Bank. This evidence established that the allonge was not made by a holder of the note and, therefore, per statute, had no effect.

The Fourth DCA concluded that “in and of itself” the filing of the “original note bearing a blank indorsement at the time it filed its lawsuit” was “sufficient to establish the Bank’s standing as holder of the note.” In Becker, the DCA reversed the order of dismissal and remanded the matter to the trial court ostensibly for entry of a foreclosure judgment.

Given the seemingly inconsistent evidentiary requirements and conclusions drawn by the DCAs we can expect additional litigation at both the trial and appellate court levels on the issue of standing when the note contains irregular indorsements. Best practice would support a policy to review the original note and ensure it is properly endorsed and, if necessary, obtain the proper endorsements and/or allonge. If the latter is not an option, identify competent evidence establishing the chain of title and physical possession of the note. These steps should be completed before initiating the foreclosure action. Although this may cause a delay in filing the lawsuit, in the end it will save time and money by avoiding unnecessary litigation and possible dismissal. Evidentiary deficiencies cannot be cured retroactively when it comes to proving a party’s standing.

[ii] Interestingly, the DCA did not indicate whether WAMU or the FDIC endorsed the note. If the latter endorsed it one would have expected the Court to require evidence of the FDIC’s receivership over WAMU and its authority to endorse the note.

[iv] For more on this see https://www.fdic.gov/bank/individual/failed/wamu-settlement.html.

[v] Roif, at *1. All subsequent references to Roif are to this citation unless indicated otherwise.

[vi] Notably, the DCA did not reference any evidence presented by Chase which established these facts.

[vii] The Court noted both the note certification and bailee letter established the bank’s attorney “held the original note prior to the filing of the lawsuit.” Roif, at *1.