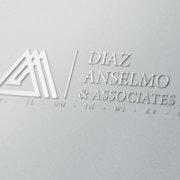 The United States Supreme Court reversed the holdings of several bankruptcy courts and federal appellate courts in its recent holding in City of Chicago, Illinois v. Fulton, 19-357, 2021 WL 125106 (U.S. Jan. 14, 2021). In Fulton, the Supreme Court accepted jurisdiction to review a consolidated appeal from the 7th Circuit Court of Appeals and resolve a conflict between several federal appellatei courts. Each of the bankruptcy cases reviewed by the Court involved the City of Chicago (“City”) impounding the debtor’s vehicle “for failure to pay fines for motor vehicle infractions.”ii Each debtor “filed a Chapter 13 bankruptcy petition and requested that the City return his or her vehicle. The City refused, and in each case a bankruptcy court held that the City’s refusal violated the automatic stay [imposed by the Bankruptcy Codeiii].” The City appealed to the 7th Circuit Court of Appeals which “affirmed all of the judgments in a consolidated opinion.”

Due to the conflict between the appellate circuits, the Supreme Court accepted jurisdiction and framed the issue as follows: Does an entity violate a bankruptcy stay by “retaining possession of a debtor’s property after a bankruptcy petition is filed”? By way of background, under the Bankruptcy Code an “estate” is created when a petitioner files for bankruptcy protection.iv The estate “…comprises ‘all legal or equitable interests of the debtor in property as of the commencement of the case.’”v Section 362(a)(3) imposes a stay and prohibits a creditor from performing “any act to obtain possession” or “exercise control” over estate property outside of the bankruptcy proceedings.

In Fulton (and in each of the other consolidated appeals), the debtors successfully argued that once they filed bankruptcy, the City’s refusal to return their impounded vehicles constituted a violation of the bankruptcy stay. The debtors reasoned that the City’s retention of the impounded vehicles was a prohibited “exercise of control” over estate property. The 7th Circuit agreed with the debtors, but the Supreme Court did not. Breaking down the plain language of § 362(a)(3), the Supreme Court reasoned the prohibition imposed by the “‘stay’ of ‘any act’ to ‘exercise control’” over estate property was a prohibition on “affirmative acts that would disturb the status quo of estate property as of the time…[when the petitioner filed for bankruptcy].”vi The Court concluded “§ 362(a)(3) halts any affirmative act” to alter the status quo, but based on dictionary definitions of the key terms “mere retention of property” does not constitute an “affirmative act.”vii The Court distinguished between a person exercising power versus simply having power, noting an exercise of power is “something more than merely retaining power…”viii

Interestingly, Justice Sotomayor wrote a lengthy concurring opinion wherein he agreed with the majority that “passive retention of property lawfully seized prebankruptcy” did not violate § 362(a)(3); however, he stated that the City’s retention of the vehicles “may very well violate” other provisions of the bankruptcy code such as § 362(a)(4) or § 542(a).ix The former provision prohibits a creditor from acting “to collect, assess, or recover a claim against a debtor” and the latter requires a creditor “to ‘deliver’ estate property to the trustee or debtor.” Justice Sotomayor also admonished the City for its refusal to return the impounded vehicles explaining the City’s conduct failed to comport with the spirit of the Bankruptcy Code which has the “principal purpose” of providing a debtor with a “fresh start.” Justice Sotomayer explained “[b]y denying [the debtor] access to the vehicle he needed to commute to work, the City jeopardized [the debtor’s] ability to make payments to all his creditors, the City included.” The judge concluded that the vehicle “would have been more valuable in the hands of its owner than parked in the City’s impound lot.”

i There are twelve federal circuit courts of appeal in the United States. In Fulton the Court noted cases wherein the 2nd, 3rd, 7th, 8th, 9th, and 10th circuits addressed the same issue with conflicting results. Fulton, at *2.

ii Fulton, at *2. All subsequent references or quotations are to this citation unless indicated otherwise.

iii Specifically, 11 U.S.C. § 362(a) provides for an automatic stay which prohibits creditors from continuing collection efforts outside the “bankruptcy forum…”

ix Fulton, at *5. All subsequent references or quotations are to this citation unless indicated otherwise.